The basis for the construction of the salt mine in Kłodawa are gravimetric tests, which started already in the 1930s, and have been carried out in the vicinity of Kłodawa. These tests have shown that there is a powerful salt diapir shallowly hidden in this area.

World War II interrupted the research for several years. They were resumed after the end of hostilities. An outline of the great structures of rock salt and magnesium-potassium salts was obtained.

The construction of a mine and a potassium salt processing plant was started. It was located it in the middle section of the salt diapir. During the construction, it turned out that the deposit contains mainly rock salt, while magnesium-potassium salts are present in smaller amounts. The first tonnes of rock salt were excavated in 1956. In 1958, as a result of a change in the production profile, the existing name of the plant was changed — a new company, “Kłodawa” Salt Mine, was established. The plant was to extract 450 thousand tonnes of salt per year. It reached this level in the late 1960s.

The 1970s saw the expansion of the mine — production at that time was over a million tons per year.

The industry was the biggest recipient of the salt mine. Along with the downturn in industry (at the turn of the 1980s and 1990s), the demand for salt also decreased, which resulted in the decrease in extraction in the “Kłodawa” Mine.

Currently, the mine is the largest domestic producer of rock salt. The extraction is carried out using the traditional mining method, which allows the preservation of the natural values of the Kłodawa salt. The final products are obtained by mechanical processing of salt, without the use of chemical treatments.

We encourage you to read

the detailed timeline of the “Kłodawa” Salt Mine:

Adoption of a resolution by the Economic Committee of the Council of Ministers on the construction of a mine and a potassium-magnesium salt processing plant with a production capacity of 25,000 MG (26 October 1949) creation of the Construction Directorate of the Potassium Salt Works in Wełnowiec with construction management in Kłodawa

Start of deepening the shaft no. 1 (Michał) and construction of a 3 km long railway siding 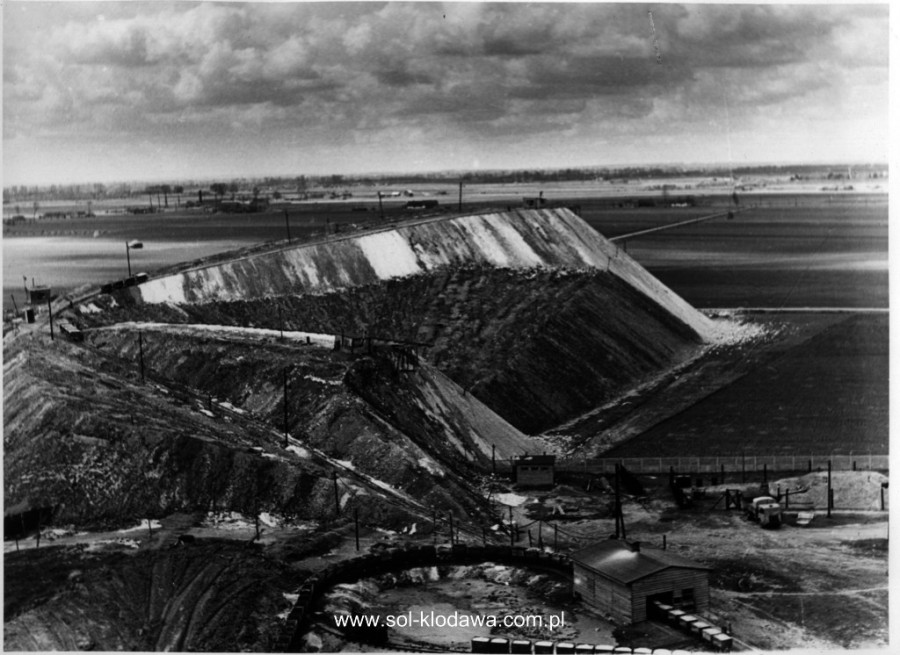 Start of deepening the shaft no. 2 (Barbara) for a ventilation shaft. 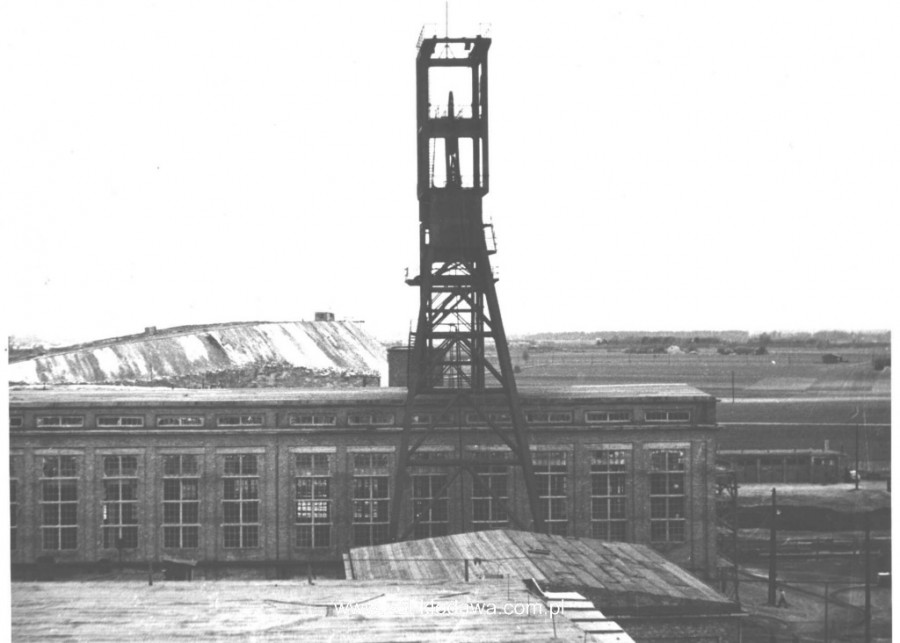 On January 1, the Mine Construction Plant in Kłodawa gains independence and is renamed to Kłodawa Mine Construction Company, development of the first geological report for the potassium-magnesium salt deposit and commencement of reconnaissance works on the deposit with galleries at the level of 450 m, installation of a hoisting machine on the shaft no.1 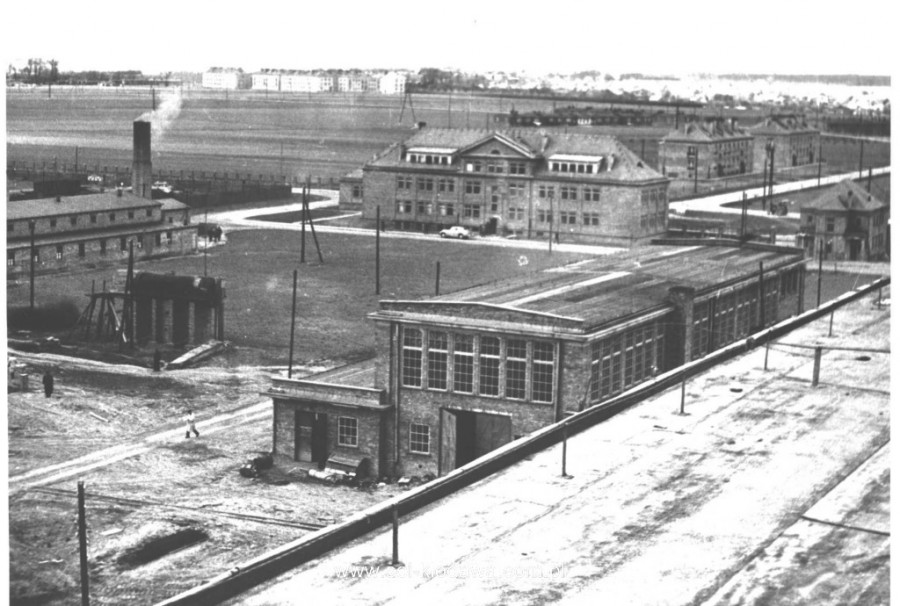 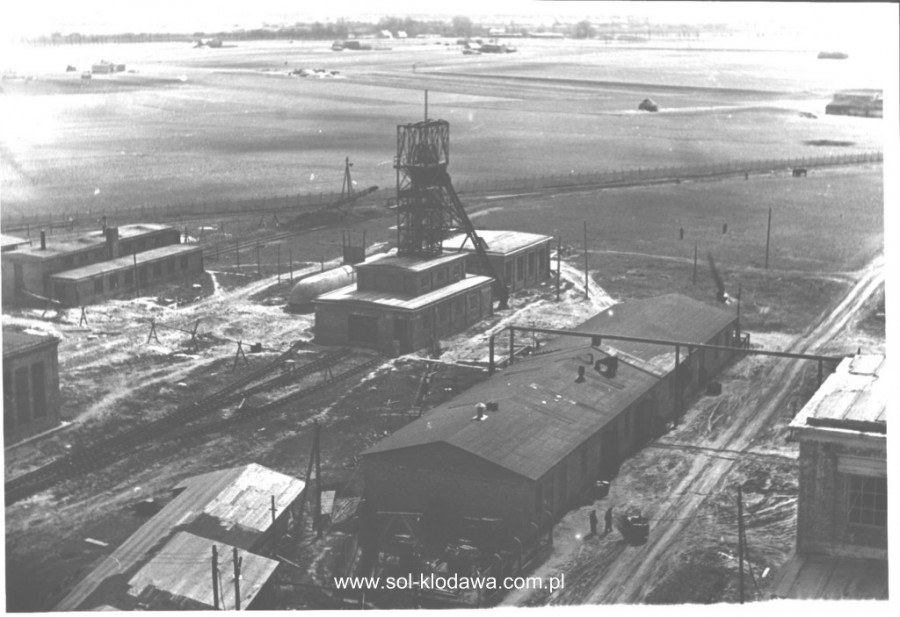 Commissioning of hoisting devices for the shaft no. 2 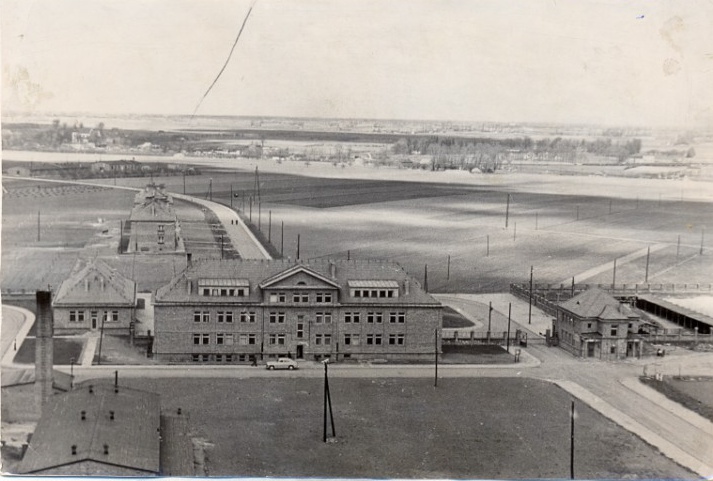 Commencement of mining workings at the level of 600 m.
Commencement of the construction of administrative buildings, an outpatient clinic and a gatehouse. 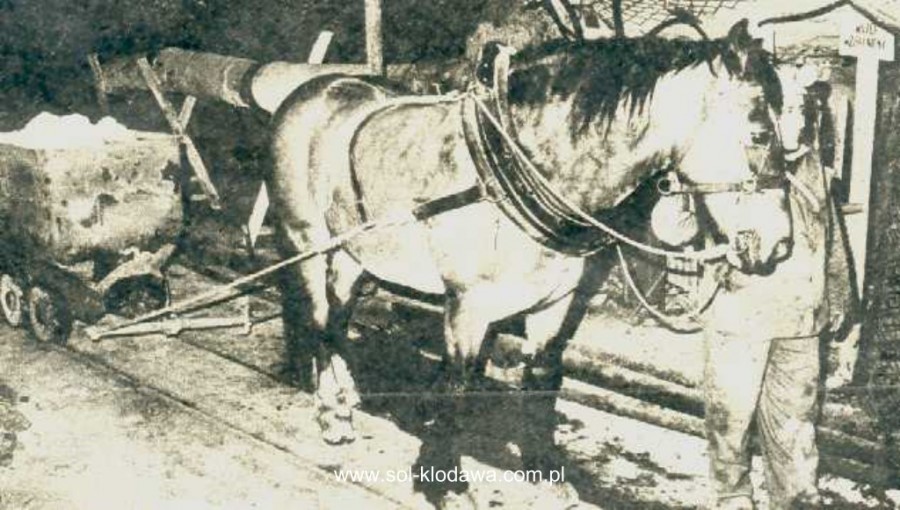 Introduction of horse transport for haulage of mined salt 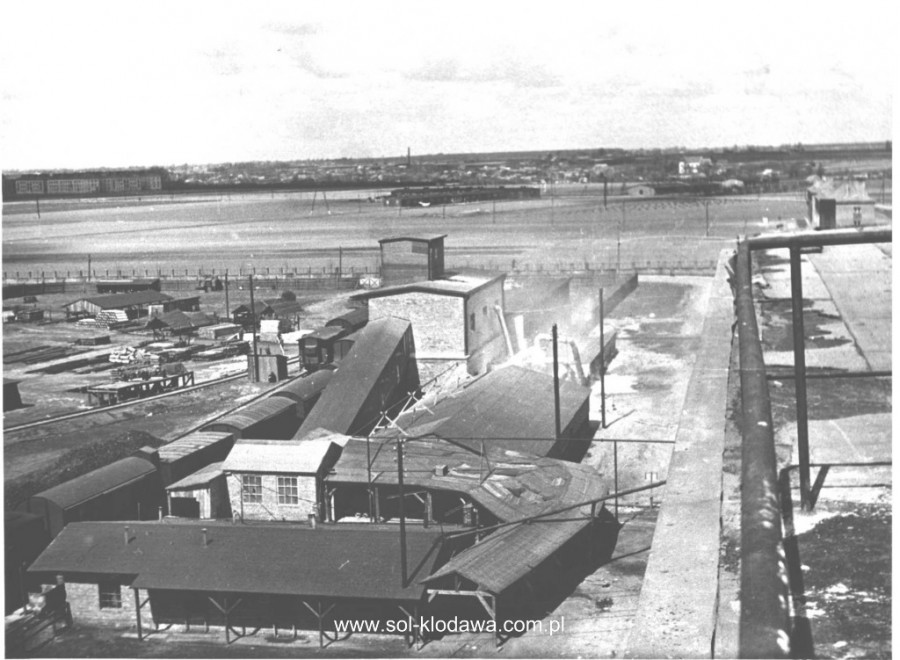 the hoisting equipment of the shaft no. 2 was completed and put into service commencement of the production of rock salt, the mine reaches the annual production capacity of 25,000 tonnes. 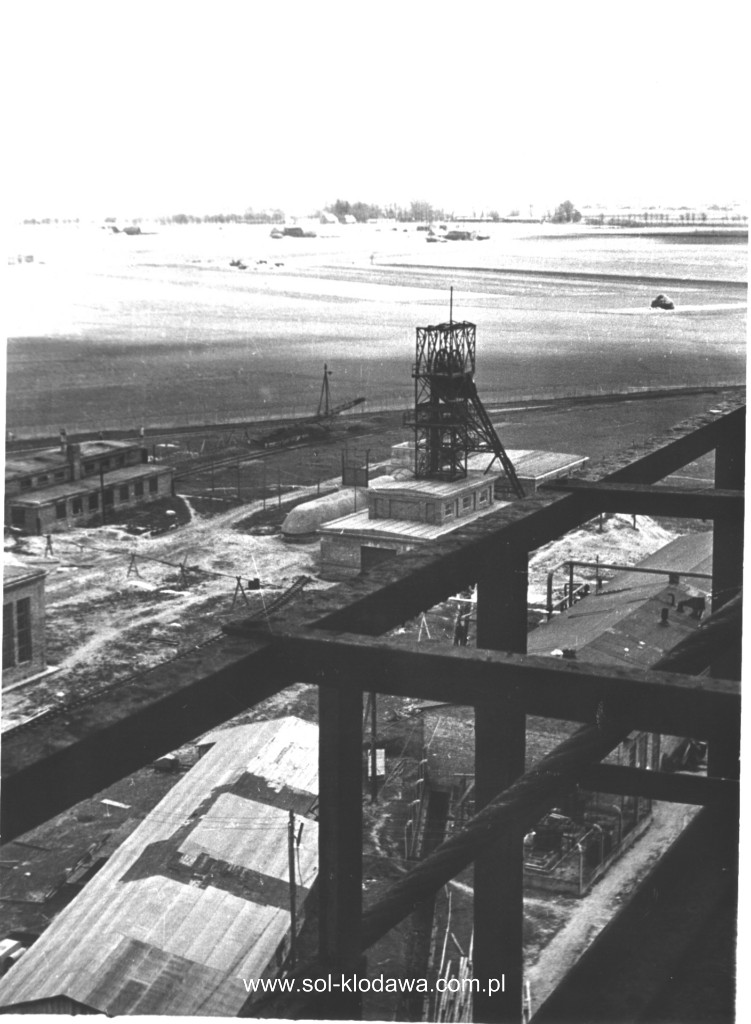 Commissioning of a processing plant at the shaft no. 2 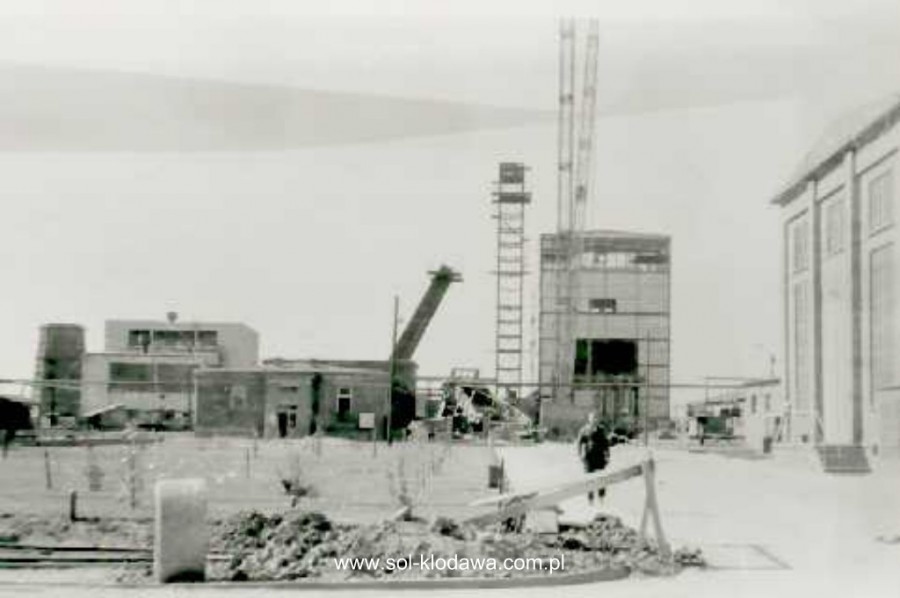 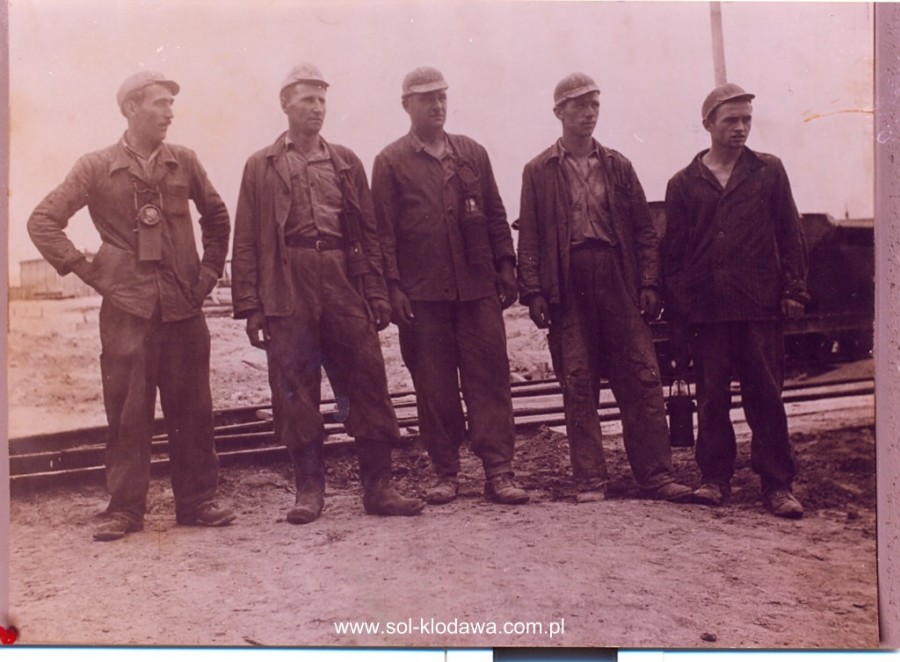 Commencement of the production of rock salt for export (7,117.5 tonnes were exported in 1960). Commencement of works on the implementation of battery locomotives for underground transport and the construction of sliding traction. 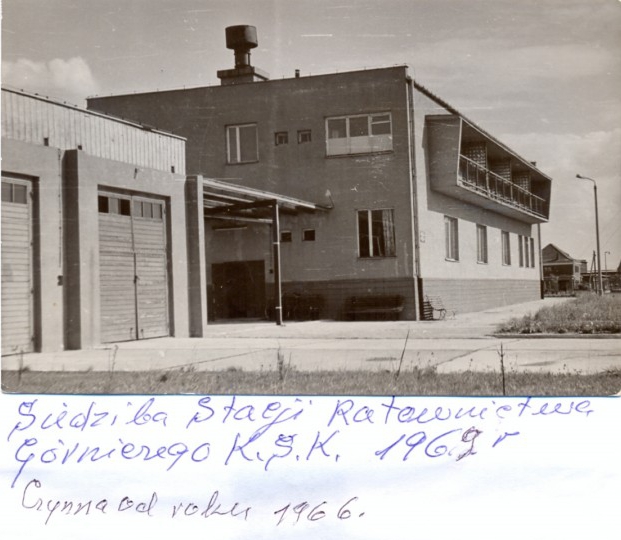 Opening of the Mining Emergency Station.

Opening of the ventilation shaft no. 3 (Chrobry) deepened to the level of 543 m 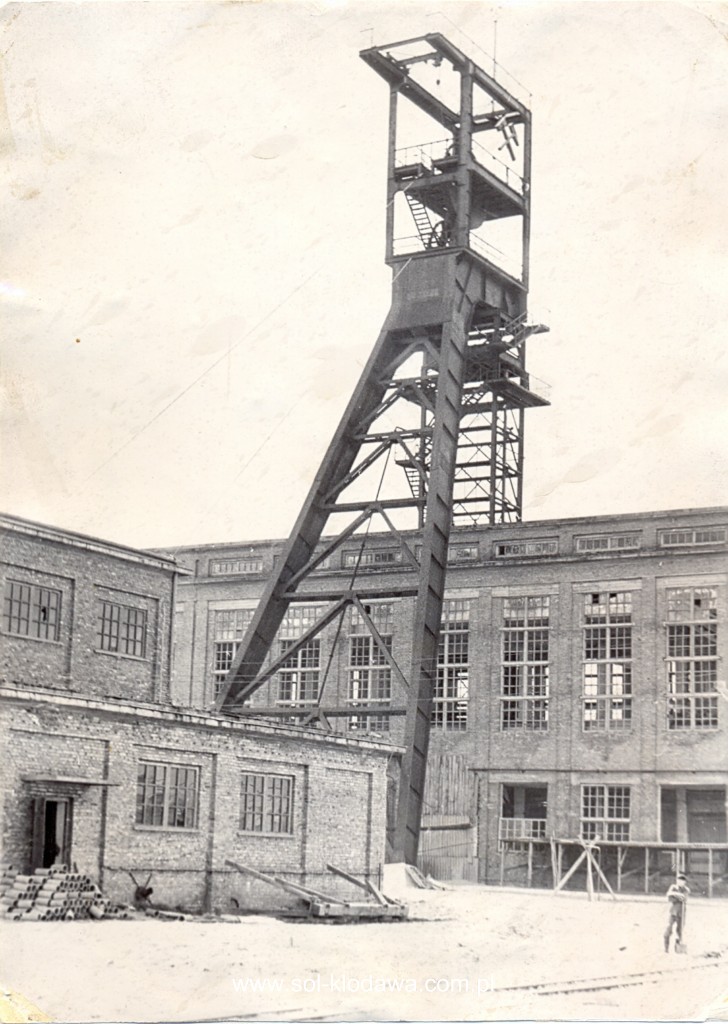 At the end of the year, the mine’s production capacity was 750 thousand tonnes of rock salt per year. 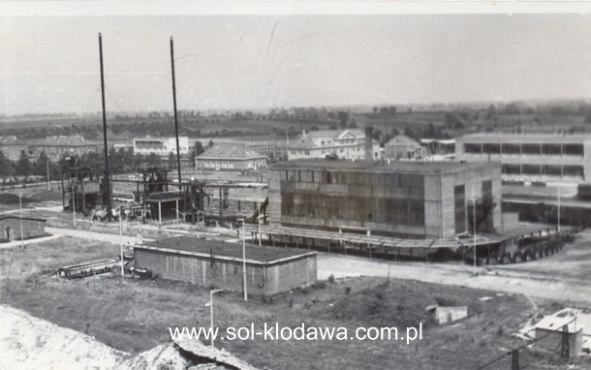 Three existing shafts were named: Michał — in honour of the mine builder and the first director, Eng. Michał Biały; Barbara — the name of the patron saint of miners; Chrobry — on the occasion of 1000th anniversary of the Polish state. 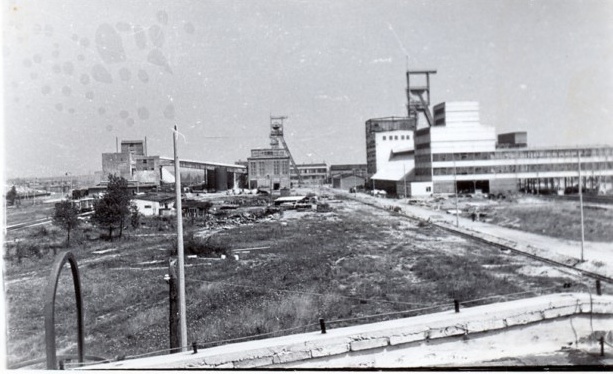 The withdrawal of horse transport and a complete transition to electric and battery transport. 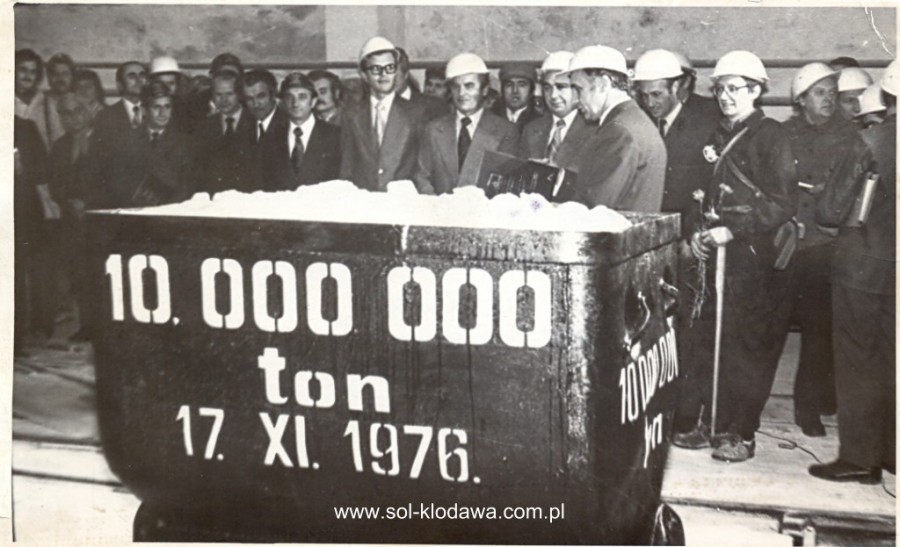 Extraction of 10 millionth tonne of salt.

The Union for the Mining of Chemical Raw Materials and the Mine Management decide on the construction and opening of the deposit in the depth interval of 600–750 m. In August 1978 The Council of Ministers adopted Resolution no. 120, which provided for the expansion of the mine to extract 1,500 thousand tonnes of rock salt per year.

Commencement of works at the level of 750 m in the field no. 2 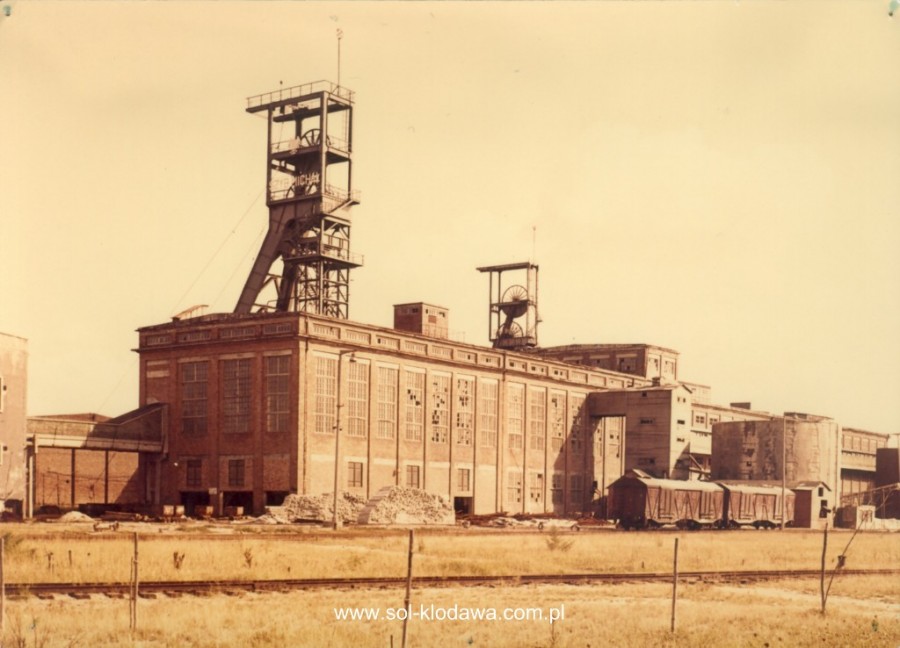 Commencement of works to access the 750 m level in the field no. 3 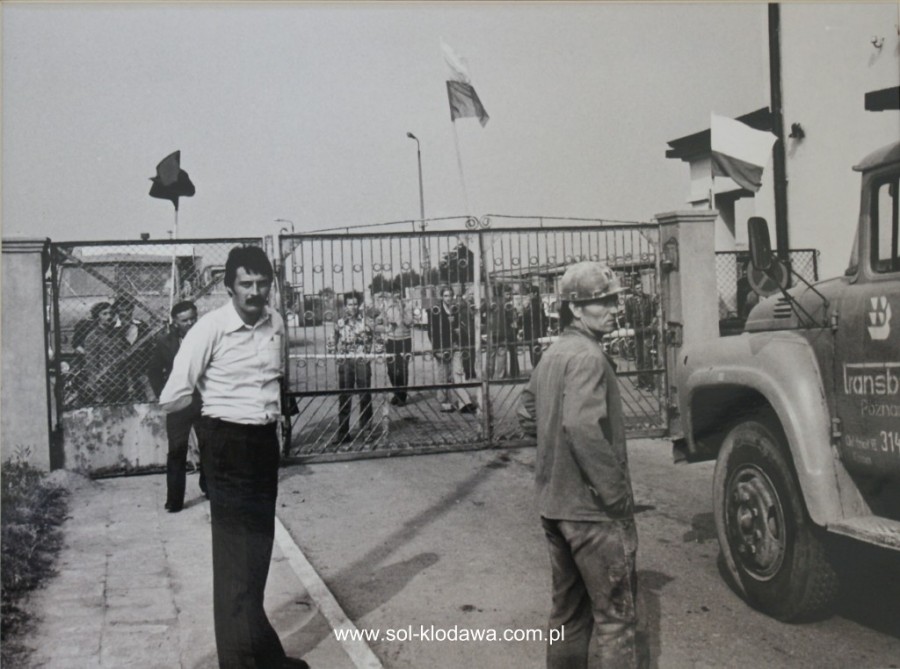 The production capacity is increasing, the mine has produced 1,244,787 tonnes of salt. Unfortunately, since then, due to the deepening economic crisis, salt extraction has fallen and fluctuates around 600,000 to 700,000 tonnes per year.

Commencement of mining from the level of 750 m in field no. 2

Since this year, the mine’s founding body has been the Minister of the Treasury. The mine has the status of a State Enterprise.

Transformation of the State Enterprise “KŁODAWA” Salt Mine into a joint stock company (company wholly owned by the State Treasury). 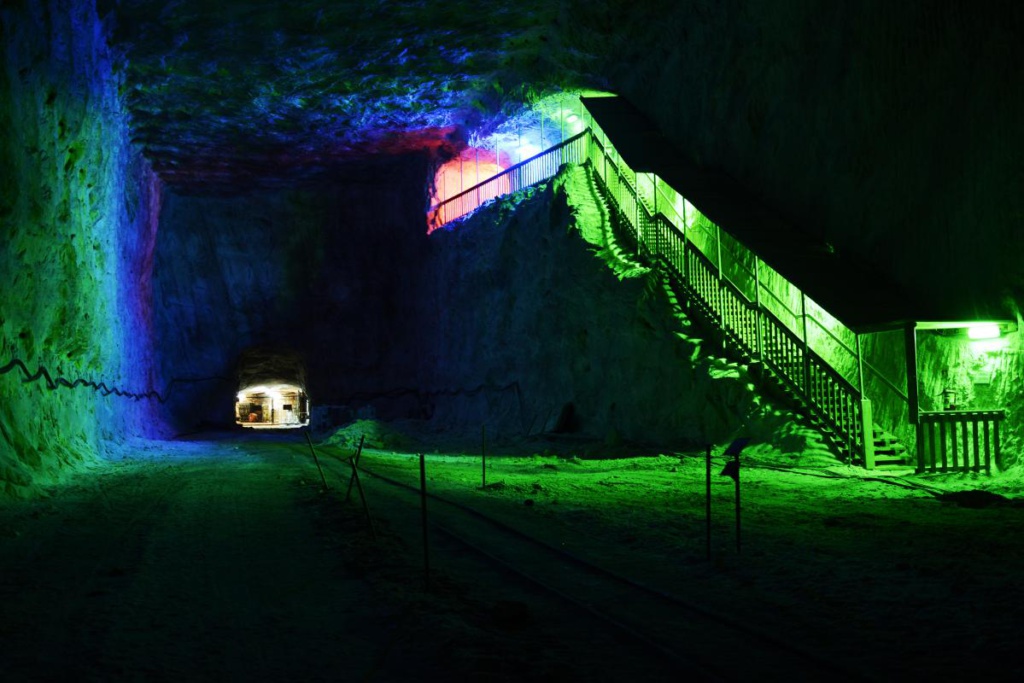 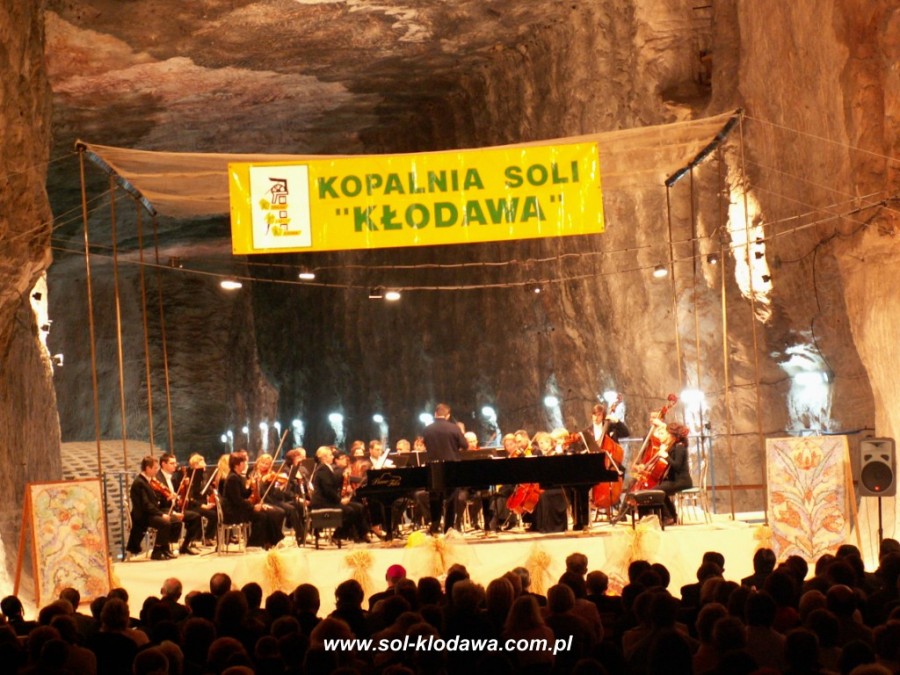 The first underground music concert in the mine’s history. The Philharmonic Orchestra of the Kalisz Philharmonic and the violinist soloist Dmitry Vasiliev played Antonio Vivaldi’s Four Seasons. This event was recorded in the Guinness Book of Records as a concert at held the greatest depth. 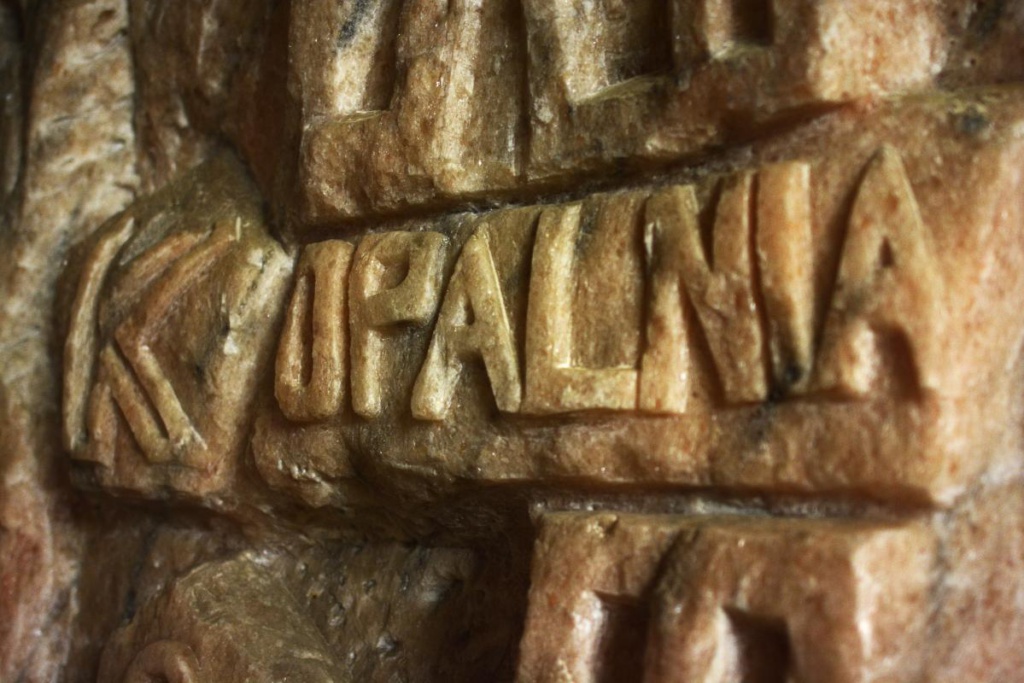 Entering the Kłodawa Underground Tourist Route and selected geological sites into the Register of Monuments. 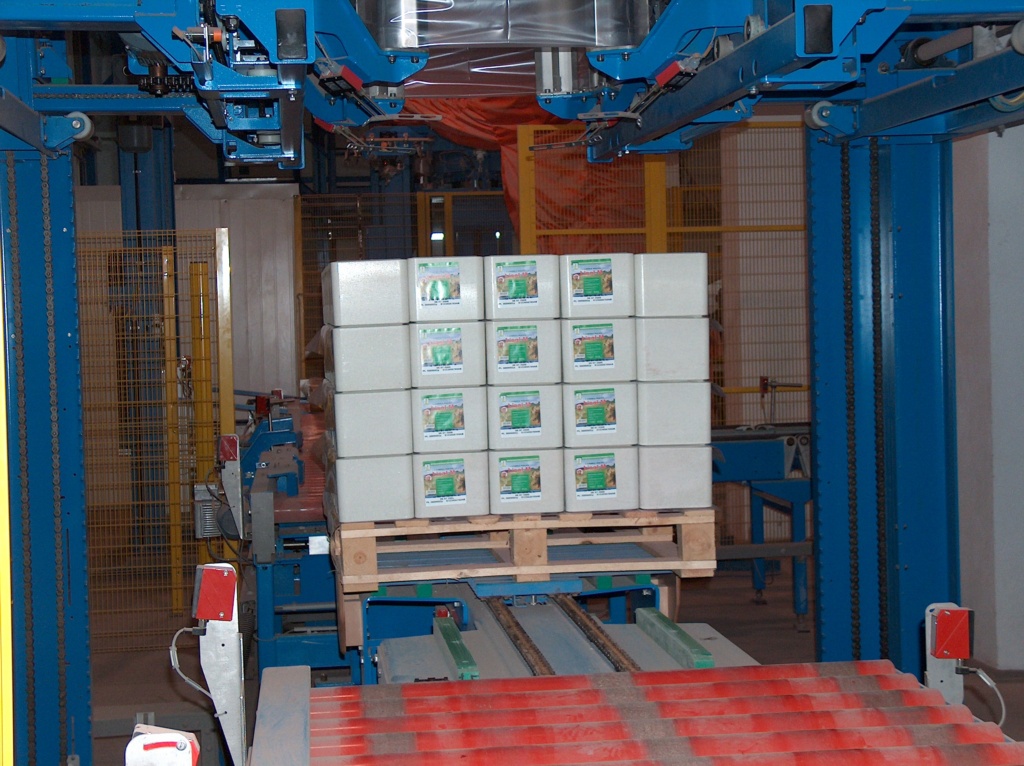 Launching a new processing line for the production of salt licks with a production capacity of 50 tonnes per day in a 2-shift system.

Transfer of the 85% of company’s shares to Agencja Rozwoju Przemysłu S.A. by the Ministry of the Treasury

Redevelopment of the production line for palletizing salt licks for animals

Expansion of the bulk storage hall 1a for road salt

Mine Master drilling machines are put into operation.

Construction of a bulk storage hall for salt with a capacity of approx. 30 tonnes (under construction) 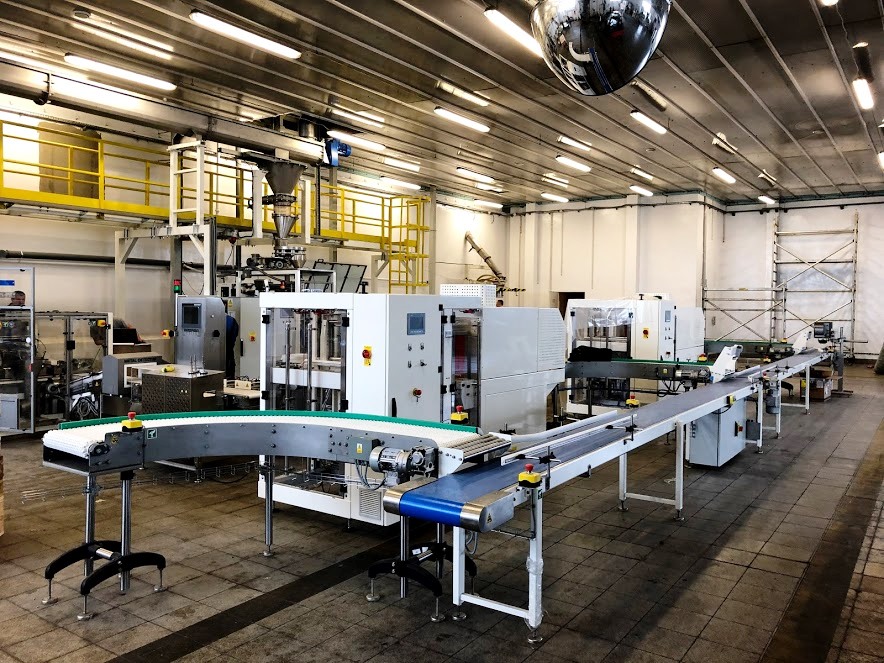 Production of a film summarizing the 70th anniversary of the mine